Here you can talk about Stratovarius and related bands. Language used is English.
Post Reply
22 posts • Page 1 of 1

Available for preorder via amazon for 17,98 € atm.
Documentary aside, why is it neccessary to re-release an album only one year after it was released originally??

mocobhc wrote:Documentary aside, why is it neccessary to re-release an album only one year after it was released originally??

Polaris Live still wins in this regard then.
Top

I will pay money for a Nemesis live or some other live album where Nemesis, We Hold the Key, and Hands of Time are all played.

Or at least two of the three

Documentary is out since 2005

They can talk what they want i dont care. The only thing that counts is good music. The rest has no value for me.
Top 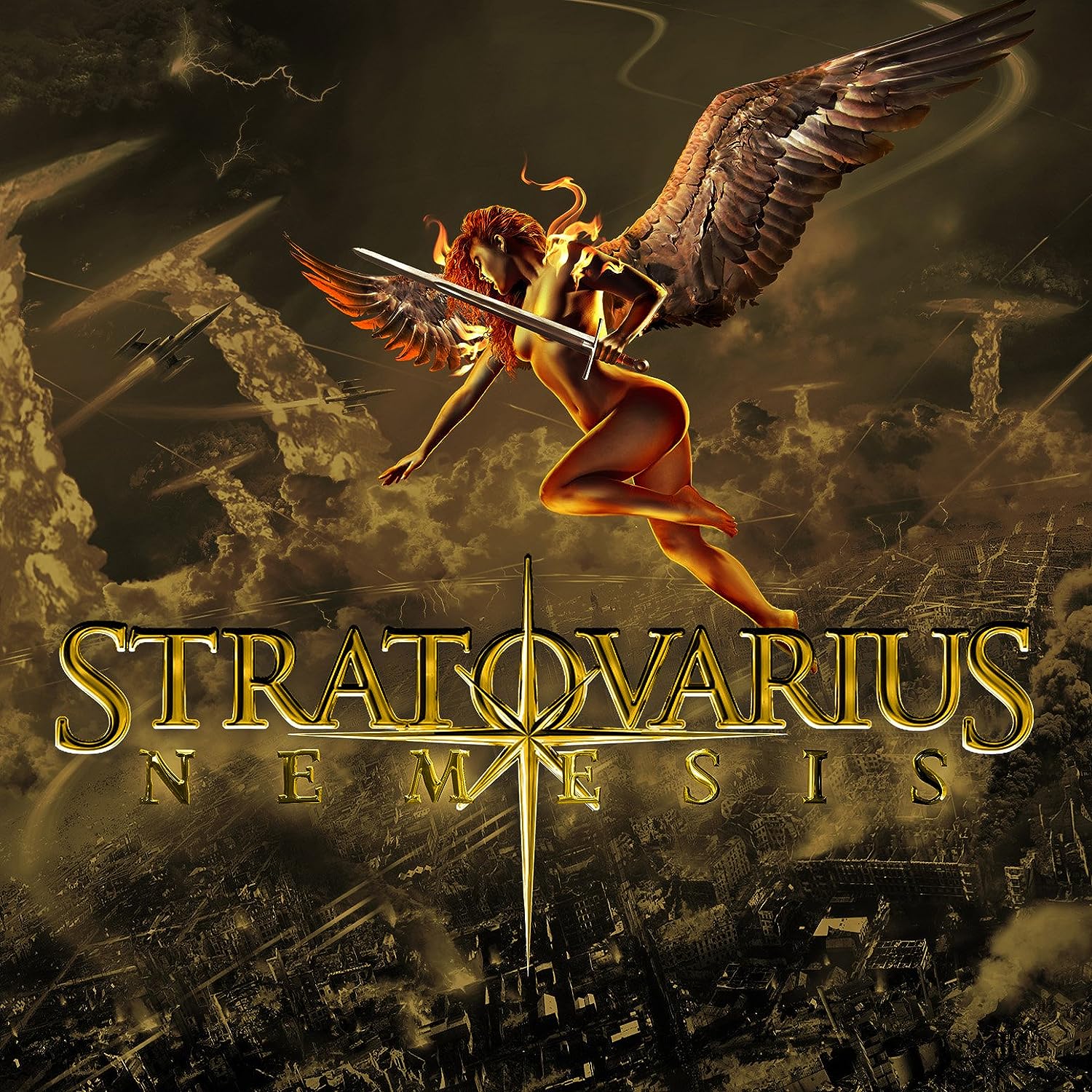 Release is postponed to May 3rd, according to amazon.
Top

Maybe they delayed it to add Kill it with Fire to the tracklisting?

Because you can't skip one of the best tracks on Nemesis!
Top

There is no other word than 'magic' to explain what inspire an artist to create and one great song after the other, and to find the inspiration to fix on a record more than a special moment in each and every of songs.
It happens very rarely nowadays, especially in metal and especially for bands with so many albums in their discography to be compared to.
'Nemesis' is the album that brought the mysterious magic in Stratovarius’ life.
The album blew everyone away and set the beginning of another start in the long history of the Finnish band.
With the incredible sense for melodies and their powerful and technically elaborated style, the band once more visited the “higher floors” of the charts worldwide (Finland: #3, and basically top 40 in every country in the world).

The song 'Unbreakable' immediately became one of the bands’ most streamed songs ever, with thousands of fans enjoying it every single day since its release.
Throughout 2013, the band dedicated their energy to the 'Nordic Nexus Of Nemesis Tour' and delivered their dedicated fans with unforgettable live performances everywhere they went.
It’s with a spirit of gratitude towards the fans that the band agreed to release a special edition of 'Nemesis' – now including a full bonus Documentary DVD.
The 'double program' (studio album/Documentary DVD) will be released on May 2nd, 2014 on earMUSIC.
The 80 minute documentary 'Nemesis Days' follows Stratovarius around the world and gives an in-depth view of Finland’s finest metal band, revealing the story of 'Nemesis' and sharing their view about the evolution of the band. The fans who have remained loyal to the band for so many years are also an important part of this documentary DVD.
For Stratovarius completists, the DVD features the first official release of the most recent music videos ('Halcyon Days', 'Unbreakable' and the brand new 'If The Story Is Over').

Experience the band like never before - you’ve never been closer to them. Welcome to a new chapter of Stratovarius!

To catch a first glimpse of the documentary, please click here:


Finally "If The Story Is Over"-vid! Inventariado, very much looking forward to see your work!!
Hehe, "hear the answers to questions you have always wanted to ask them" Somehow I don't expect Lauri to tell me in a DVD what products he's using to take care of his hair

hahahahaa he said it... but we edit that out

Just a repackaged Nemesis with the Japanese bonus tracks as standard.

I won't even bother: The music videos are available online, I'm not interessed in the documentary and I have the Japanese version of Nemesis already.

I am a Strato fan, but not a dedicated fan-for-life fanboy that buys everything without looking.
Power Metal FTW
Top

Then let me tell you that you miss 65 minutes fullfilled with everything that makes Stratovarius at this point. You get to know so much about the current band chemistry and mood, for a little time in your life you feel like you're a part of this band yourself... that's priceless. You like their music, but you want to shove away what makes this band? Sad. But each to his own.
Great piece of work, gave me goosebumps.

"Your life is yours, and yours alone. Rise up and live it!"

Cant wait to see this documentary! By far,the most interesting of the whole edition.
...Faster than light, higher than the sky, stronger than steel...We´re the legions of the Twilight...
Top

The SHM-CD contains totally 15 tracks, including "Kill It With Fire", "Fireborn", "Hunter" and "Old Man And The Sea" as bonus tracks.
Top

The SHM-CD contains totally 15 tracks, including "Kill It With Fire", "Fireborn", "Hunter" and "Old Man And The Sea" as bonus tracks.

Anybody see the documentary yet? Can't find it on YouTube yet.
Top

robocop656 wrote:Anybody see the documentary yet? Can't find it on YouTube yet.

It is amazing. A must! Shows perfectly how this band is today. I would prefer a live version of the audio instead of the algum again, but the documentary rules.
...Faster than light, higher than the sky, stronger than steel...We´re the legions of the Twilight...
Top

http://inciclopedia.wikia.com/wiki/Sonata_Arctica
...Faster than light, higher than the sky, stronger than steel...We´re the legions of the Twilight...
Top
Post Reply
22 posts • Page 1 of 1