Last Albums you got

Talk about everything else besides Stratovarius here in English. Please try to put more serious topics here, and silly topics in the Spam section.
Post Reply
1237 posts

Pink Floyd single, The best rock band of the history!

Included Queen with Freddie mercury alive, is a Penis in Pink Floyd's side

The feeling of Pink Floyd Make him GODS forever and UK never will have to have One second Pink Floyd by long long Time.....

My eternal love for Pink Floyd forever and ever....
Top

I bought hot cakes by the darkness and I think is a good album so far I need a few more listens to give a true verdict
also I had the last avantasia, awesome as always.
bought some elvis presley classics, the mix is very good.
so what did you guys bought recently?
I have seen the las ayeron stuff but I dont quite get it.
A9
Top


I also ordered 100 shiny new empty jewel cases. I guess it will be worth it eventually.
Top

Just got this CD. It's fucking incredible 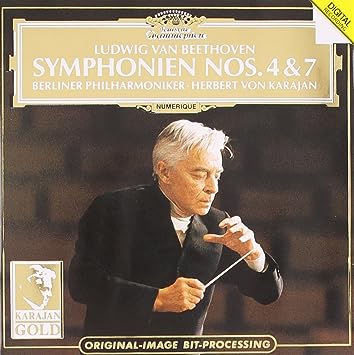 I forgot that Ive bought that Primal Rock Rebellion album adrian smith had done a few years ago, is vveeryy different from everything maiden and solo he has done, I might say is border line new metal/hard rock, you must likely love or hate the vocals, no middle ground here, at least in my opinion I loved some tracks and hated the rest.
check out the No Place Like Home track

Im just realizing there is a video to that song, is pretty cool
A9
Top

Stratovarius - Destiny (cassette)
The case is in horrible condition.


From a second-hand shop bit after the record fairs:

Iron Maiden - The Number of the Beast

Children of Bodom - Hate Me!
I'm not much of a COB fan, but "Hate Me!" is their best song IMO, also the price was alright, so why not
Top

I just bought that last edguy album, is really good, but I feel is not as strong as age of the joker, I just played a few times so I might change my opinion.

also, satanicsmile, that stratovarius cassette from what record label/imprint is? if its not russian might be rare or a super rare find
A9
Top

adrian9 wrote:also, satanicsmile, that stratovarius cassette from what record label/imprint is? if its not russian might be rare or a super rare find

Such a nice name

I looked at some releases of other bands from this label and it seems to include more countries than just Japan and Korea. Japan I see very very unlikely. Can't find any Asian characters from this, or even sign of sublabel, so can't really tell the country. According to Tero's list, there's some Korean and Thai releases on cassette, but those are not the same.

And few photos taken with a potato...

seems legit,
I've learned that some stratovarius cassettes sells for quite some money
like this one.
http://www.ebay.com/itm/Stratovarius-Tw ... 3a7f04bed1
I thought that those rare cassettes as you mentioned are from korea or japan.
i only know thai food
A9
Top

adrian9 wrote:seems legit,
I've learned that some stratovarius cassettes sells for quite some money
like this one.
http://www.ebay.com/itm/Stratovarius-Tw ... 3a7f04bed1
I thought that those rare cassettes as you mentioned are from korea or japan.
i only know thai food

Just noticed there's a wikipedia page for Rock Records... So it's actually Taiwanese label (thought it was Japanese at first), and since I don't see any mark of sublabels, I guess that the cassette is from Taiwan? Could be some other country too, of course. Well, whatever.

I also have one weird Visions cassette. It's from Malaysia.

I really know only rare Sonata stuff, almost third of my music collection is Sonata Arctica. And it kind of sucks, these days I prefer having more diverse CD collection

Nightwish--Endless Forms Most Beautiful and I like it a lot

I saw a video for one of the songs, is so cliche that I couldnt watch it all complete, the music was somewhat interesting.
I really need to get my hands on that nightwish album
A9
Top

Avantasia - Angel of Babylon
Avantasia - Mystery of Time
Avantasia - Scarecrow
Blind Guardian - At the Edge of Time
Edguy - Age of the Joker
Edguy - Hellfire Club
Edguy - Rocket Ride
Some Nuclear Blast releases, most of them around 7 EUR each from Recordshop X. Still some albums remaining from these bands.

Cain's Offering - Stormcrow
Helloween - My God-Given Right
Both from CDON.COM with gift cards. Listening to new the Helloween album second time now. I'll write my opinions about this later at some point.

Stormcrow by Cain's Offering (sounds really amazing, they did a great job)
Nemesis Days by Stratovarius
Let the Ocean Take Me by The Amity Affliction
The Nexus by Amaranthe
Behind the Black Veil by Dark Sarah
Top

bruce springsteen - high hopes, is almost a collab album with tom morello
Allen Lande - the great divide, just listening to this one, is cool so far
Sebastian Bach -give em hell, im a big fan of sebastian solo stuff, hard rock all the way, his voice is in top form
Helloween, the best the rest the rare, you all know this one.
Nightwish , dark passion play, I dont like this nightwish that much but it was cheap so why not.
A9
Top

whats the item you are most proud of may I ask

Probably just UnOpened mispressing. That was years ago (like 8 ), I was lucky to win an auction with good price. Also back then I didn't even have bank account, but there was kind of pay option (cash on delivery maybe?) where I didn't need one. And I've seen that option like twice on that site when looking for music albums

Getting that was big thing for me. I was still quite new to online buying.

In the end there's not many releases I'm that proud of, there's just lots of normal stuff. Maybe Replica 2006 single, which seems to be very rare. Single release before compilation album, with nothing that special and new on it. So, not many bought that and it ended being rare thing. I've seen it going higher prices than mispressed version of UnOpened, also I've seen it for sale much less. Got it years after that UnOpened. Also I like all the cassettes I've got recently!

I remember being very happy when I got my first Japan release, original Takatalvi as new and sealed... I remember it so clearly

I regret just one thing, should have focused more on vinyls. Old ones are quite expensive when seen. And new ones - Well, yeah. Nuclear Blast and their very limited vinyls in 7 different colors...

oh yeah I think you posted that over here a while ago, lucky bastard!
Ill outbid you in ebay one day....when I can afford it!
A9
Top

adrian9 wrote:oh yeah I think you posted that over here a while ago, lucky bastard!
Ill outbid you in ebay one day....when I can afford it!

Yeah I mentioned getting it with good price. Looking at Discogs marketplace, there's lower prices tho (someone got it with 15€...). But it's not auction site of course. Replica 2006 auction I won with around the same price, bit over 40€ (~$45). The most I paid was around 70€, for Successor pic LP (limited to 500).

I don't have blue Ecliptica LP or Silence pic LP

Kiske Somerville 2 - im a kiske fanboy , what else can I say.

Queen, live at the rainbow 74.

what a gem, im a big fan of queen, and this period, between Queen II and Sheer Heart Attack is one of my favorites (I didnt like too much at the end of the 80s, Jazz, hot space and those super synth albums) this is pure rock or hard rock if you want, roget taylor shine, as well brian, deacon , and you can of sense a freddie building up as the ultimate frontman we will be
I fucking recommend you buy this

The album contains the only known recording of Queen II's "The Fairy Feller's Master-Stroke." It also contains a number of songs appearing for the first time ever on a Queen live album, including "Great King Rat," "Modern Time's Rock 'n' Roll," "See What a Fool I've Been" and "Flick of the Wrist."

It's been all about digital music for more than a decade!
Top

That's true but I always prefer physical albums if I can get them. I don't know why.
Top

That's true but I always prefer physical albums if I can get them. I don't know why.

dont you love how people define reality only by his own experience/beliefs?
there is a world out there how doenst five a fuck

about buyin air/digital
this is from billboard and only american related sales...

While overall album sales were down again in 2014, vinyl album sales were a bright spot in an otherwise generally bleak sales picture. Sales of the configuration grew by 52 percent in 2014 to 9.2 million copies (up from 6.1 million in 2013). For the seventh straight year, more vinyl albums were sold than in any other year since Nielsen started tracking music sales in 1991.

in the big picture I think digital, vinyl , cd can sell together just fine.

by the way metallica re released his cassette demo tape this year...
A9
Top

Ill stick to streaming anything you want for free on spotify.