Here you can talk about Stratovarius and related bands. Language used is English.
Post Reply
517 posts

Then he'd say, "I've finally payed back all my debts. Not by working, but by twerking."

He has never taken advantage of those crowdfunding things has he? Gofundme. Indigogo. Etc.

It seems most of the time people ask if whatever he's selling is in Spanish and that they don't have an account to pay. But they do use that WOW emoji reaction a lot not knowing this isn't the tolkki of old times still.

I think he can milk these things forever with these fans. They follow blindly even if the pdf handbook is available online free.

The thing is...how do these fans not know the
kind of shit he pulls all the time?

Say on youtube for instance there is some documentary made of his whole story. Did they consult us first?

I know for a fact it doesn't have these little updates we know.

Is Tolkki still active on Facebook? I can't seem to find his page anymore. Can somebody link me?
Top

Yes, it is, a friend of mine told me his account was unreachable for hours but now he is back.

I don't think so, I believe he simply entered in a pre-maniac phase as always.

The process is always the same:

I'm not happy but I don't care enough to be bothered by his problems, the only thing I know is that his career is so low that it is doubly dead.
I don't know about his projects but they were re-scheduled even before Covid-19 (at least 5 times).
So I keep half an ear open but I'm skeptical.
Top

How dare you question our Lord and savior!!! 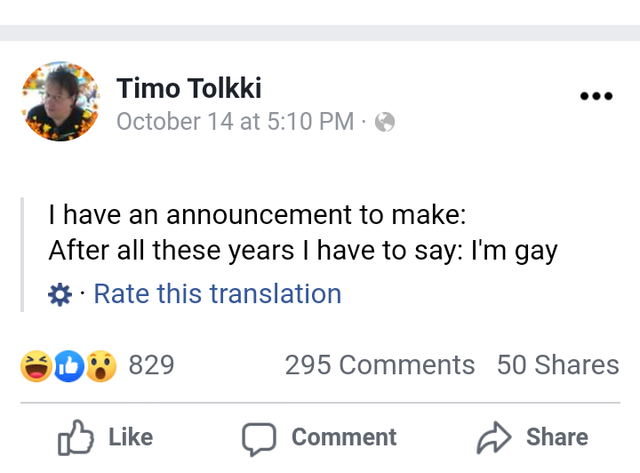 are you joking? really? hahaha.

Nah, probably a retarded prank from his fat girlfriend or one of his new retarded friends from Mexico.
Otherwise his homepage would've been flooded with tons of shit
Top

This is not even sense of humor, this is dumb in every possible way

This is the classical kind of prank your 13 yo friends do while you're not logged out and your smartphone/computer is at their disposal.

I hope it's not deliberately posted by him but from one of his new "friends", otherwise this is utterly retarded

Nothing wrong with maricones, of course

Maricones? I had to look that up, lmao.

Yes, I understand Spanish well and I can speak it in an acceptable way: my ex company (based in UK) has a lot of "tiendas" in Spain and Mexico and my trainers were from Spain so one month of chatting in Spanish since they were unable to speak English.
Oh, and two of my colleagues were homosexual too and we usually refer to them as: "La mariquita y el maricon" and they liked it

Maricones/Mariquitas etc are the equivalent of "Faggot" so very offensive word, FYI.
A9
Top

Yes, I know very well.
But, just like the term "nigga", the term "faggot" should be contextualized; I always call my black friend "Negro di merda" (or "Fucking nigga" for non-Italian speakers) and they know I'm joking. And in Italy the "n-word" is something recent since the word "Negro" became an insult even tho is the proper word to describe black people (from Latin Niger, Nigra, Nigrum).
Same with my ex-colleagues, they know I was joking using the term: "Mariquita" and "Maricon" (mariquita is "ladybug", for non-Spanish speakers, or "poof", not really "faggot") plus our LGBTQI+ community is far less toxic than the average and open to jokes.

Of course I never called a stranger using the word "maricon" since it's an insult, used that way, and I'm okay with homosexuality.
I struggle to understand genderism since I'm not American and is something related to the US culture but I'm okay with freedom so I have nothing against them too, everyone should be himself and happy as long as no one is harmed

Oops. Posted Tolkkis Facebook updates in the wrong thread.
Avon: Land of new scams.
1. Avon Anthem
2. Hand cream without us
3. Burger in my memory
4. What in the name of god?
5. Dolphins and ABBA
6. Whining online
7. Magical Nigga (key to the universe is flavio)
8. Livin on the edge (Aerosmith cover)
9. Home Alone (featuring Eric Trump)
10. Land of new scams
Top

Lots of articles on the czech tabloid still. Just search Tolkki on expres.cz

Use google translate. They do have about a billion ads too.
Top

Seems like Tolkki was put in jail in Finland, recently, due to the guitar he stole from one of his fan/friend.
Don't know if it's true but here's the link: https://www.seiska.fi/Uutiset/Stratovar ... en/1155324
Top

wow, with all the money that he won with Stratovarius is necesary did all these shits?

this happen when one rock star have his life in disorder, and maybe he think that he is god for be the guitarrist of stratovarius.... maybe we not know him a lot and he look humble but really he have a huge ego by be TimoTolkki

I don't think Tolkki has ever been rich, maybe well-off during Infinite/Elements era but it was 20 years ago.
Keep in mind that a band like Stratovarius may produce enough incomes to live well enough even in Finland, but that's it and I believe is better this way: they're not super rich and I don't think they care enough, atm.
Last time we saw greed within the band was in 2004-2008; can you remember the results?

Tolkki is simply unable to live as a common person and his career declined long time ago, so not enough incomes in the last 10 years to live at his standards in a country like Finland this situation resulted in debts and a dried bank account.
Tbh I don't think he's searching for a job outside music business and, looking at the worldwide situation (not only corona), music business is not something you can't rely upon, this means even less cash for his "projects".
Top

One? More like one thousand! Or better still, four thousand

Sorry, Pancio. They were all out of stock.

Too bad he didn't follow his own advice. LOL!
becaus
e 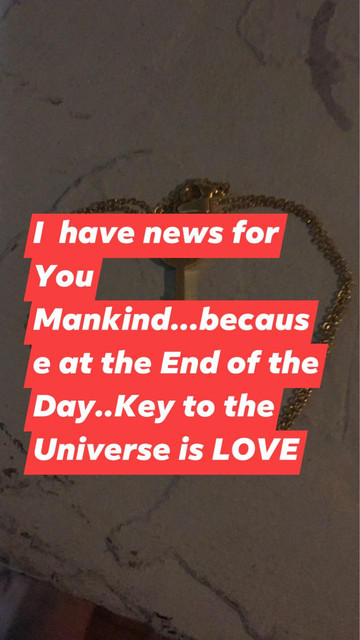 Timo Tolkki, 54, a former guitarist of the Stratovarius band who now lives in Monterrey, Mexico, visited Finland three weeks ago to meet his family. According to Seiska's information, Timo's trip got a nasty turn when the police caught him at Helsinki-Vantaa Airport on suspicion of a crime.

- The men of the border guard took me aside during the passport control. They said I have a search on, and the police will be searching soon, Timo, reached by Seiska, admits.
Timo still played in the band Stratovarius in 2007. Also pictured is bassist Lauri Porra, who is not involved in Timo's criminal suspicion.

Also read: Pictures! Timo Tolkki, a heavenly star who has settled in Mexico, lives in an eco apartment with his loved one Ingrid - “Our hobby is getting a bank!”

Hours later, police arrived to pick up Timo from the airport. The trip continued to the Espoo Police Prison.

After the physical examination, Timo was tapped in a cell.

- I was in a terrible concrete booth all night with a shitty bowl and a gloomy water system. I had booked the Klaus K hotel for the night, so I just thought this was my luxury hotel now.
The relationship with Ingrid is fine. - Last week we had 7 months of living together, Timo glows.

Also read: More than 80,000 euros in foreclosure! Guitarist Timo Tolkki, who found a new love in Mexico: I wouldn't even get a rental cabin in Finland!

During interrogations, Timo was suspected of embezzlement.

- I borrowed a guitar from a former guy, who then left it to a third person who never returned it. Heppu wants 2,000 euros for a guitar, even though it was worth 150 euros. I deny the crime, of course.